The day the tide went away

One day, in a town at the edge of the world, the tide went out and never returned. The sea just left without warning. At first, people were little more than puzzled. They continued to gossip and fight over the same old things. But soon a silence began to permeate the township. A desert of unbelievable magnitude was forming before their very eyes. Weeks passed and there was still no sign of the ocean. The people grew worried. It was decided to send a small group to search for it, in the hope of bringing it back.

As the days went on, more and more people went looking. The people searched far and wide, but the ocean had vanished without a trace. The quiet land, once bountiful, had become hard and unyielding. Then a shape appeared on the horizon. Through a blaze of heat, the people saw what looked like tumbling water rolling towards them. A wave of excitement passed through the town, as they anxiously watched the ocean return. But as it grew closer, the shape began to alter and mutate. What looked like tumbling water, was in fact wild horses. Everywhere they turned, they saw horses drawing closer and closer. Their excitement turned to fear, and their fear became panic, for it seemed that nothing could stop their advance — which, as the ocean's disappearance, had come without warning. But then no one, not even for a moment, had stopped to question why the ocean had left in the first place. 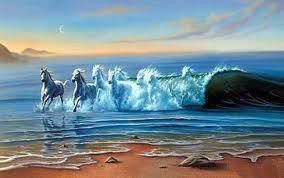 The people had no choice but to trust that the horses would lead them to their ocean. Without reins or saddles, they rode the horses across the barren land. But the ocean had disappeared for good. And the people, together, alone, had no choice but to face each other in their loss. They made a home for themselves in a new environment, although one that had changed forever. They learnt to live in the space the ocean had left — although it lingered in their dreams.

(In My Father's Den)

in my father's den

In my father's den (Um refúgio no passado) 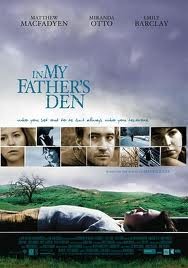 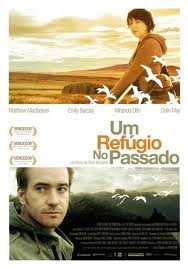 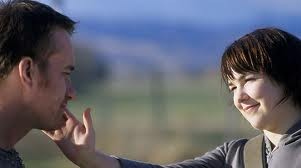